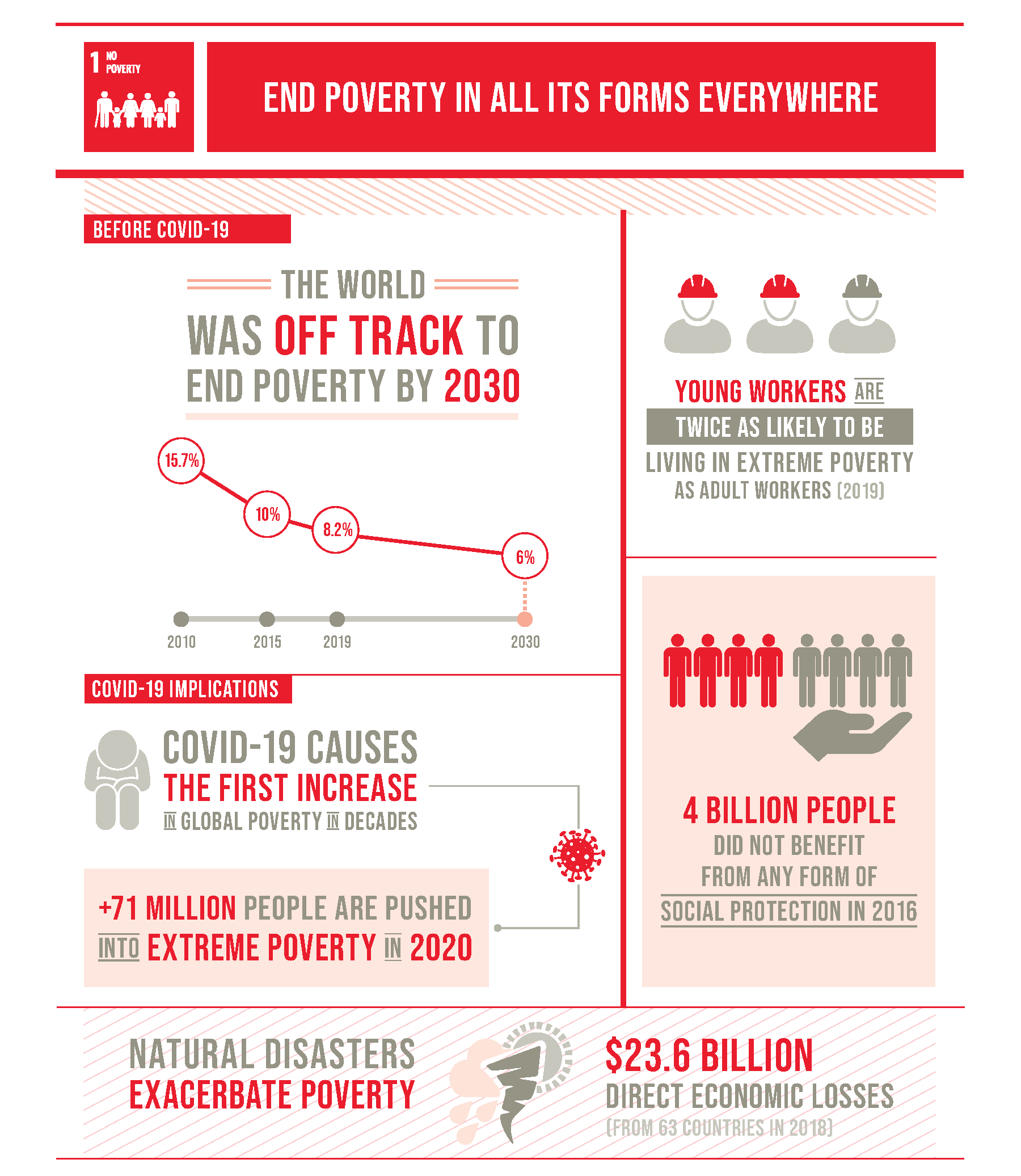 By 2030, eradicate extreme poverty for all people everywhere, currently measured as people living on less than $1.25 a day &lt;br&gt;

By 2030, ensure that all men and women, in particular the poor and the vulnerable, have equal rights to economic resources, as well as access to basic services, ownership and control over land and other forms of property, inheritance, natural resources, appropriate new technology and financial services, including microfinance &lt;br&gt;

57th Session of the Commission for Social Development

The Impact of the COVID-19 Pandemic on Micro-, Small, and Medium-sized Enterprises (MSMEs) in the Creative Industry Sector in the Philippines