Marine life, the world’s climate, our economy and social well-being depend on the existence of a healthy ocean. Although some improvements have been observed, recent assessments show that the Ocean continues to be exploited in an unsustainable manner. Climate change and competition for natural resources are adding further pressure on the marine environment. The decline of biodiversity, the Ocean’s degrading health, and the ongoing climate crisis demand special attention and a nexus approach.

On the margins of the 2020 Biodiversity Summit, the UN Secretary-General’s Special Envoy for the Ocean, Peter Thomson, in coordination with the UN Department of Economic and Social Affairs (DESA), is organizing a High-Level Side-Event on “Biodiversity – the Ocean’s Role”. The event is being held for the purpose of discussing the Ocean’s integral role on this planet as the largest reservoir of biodiversity and life.

The webinar will feature a number of High-Level speakers, who will participate by video message or in the event’s livestream. 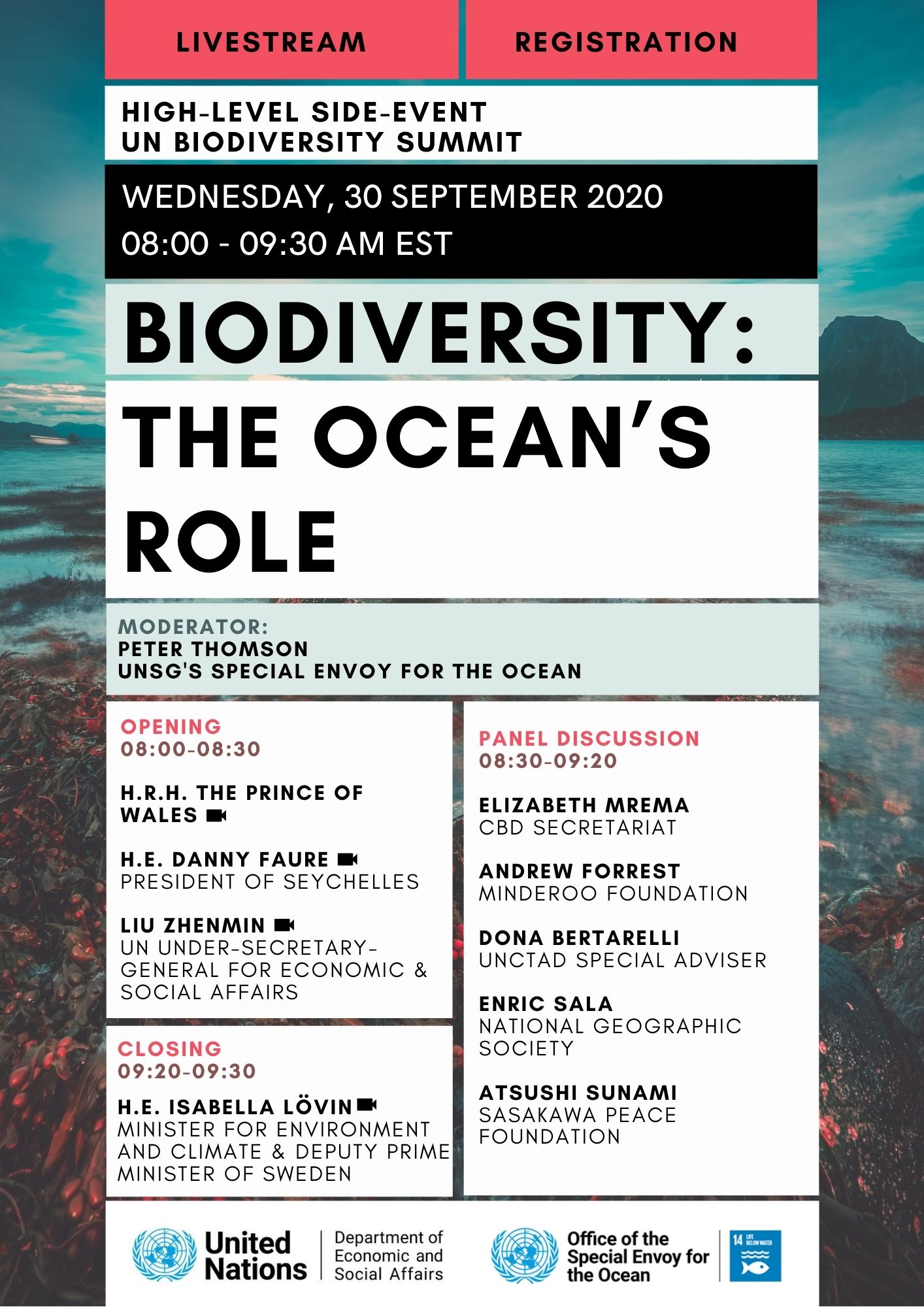