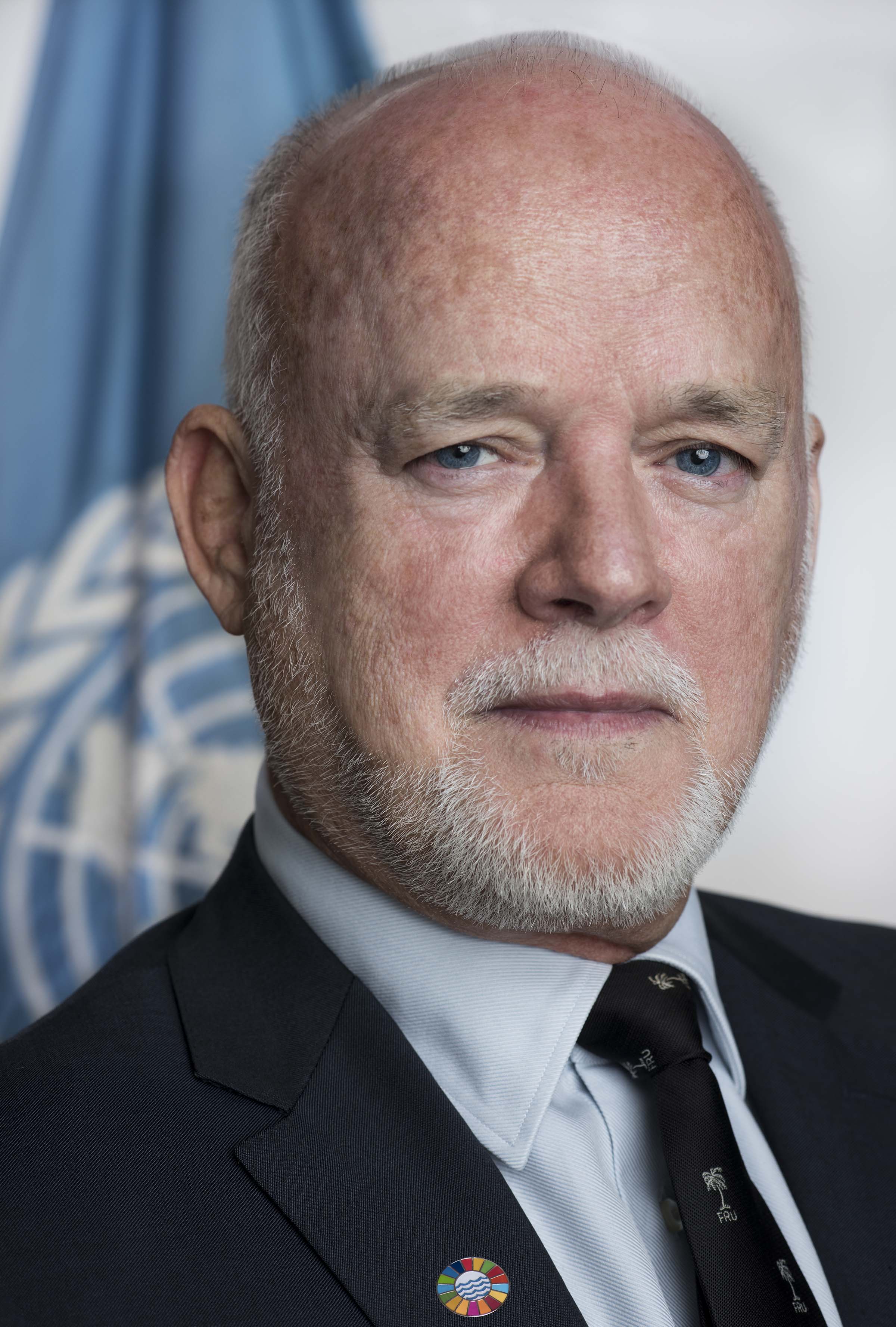 In 2017, the United Nations Secretary-General Guterres appointed Ambassador Peter Thomson of Fiji as his Special Envoy for the Ocean, aiming at galvanizing concerted efforts to follow up on the outcomes of the 2017 United Nations (UN) Ocean Conference, maintaining the momentum for action to conserve and sustainably use the oceans, seas and marine resources for sustainable development.

Mr. Thomson leads the UN's advocacy and public outreach efforts inside and outside of the UN system, ensuring that the many positive outcomes of the 2017 Ocean Conference, including the over 1600 voluntary commitments, are analysed and implemented. He also works with civil society, the scientific community, the private sector, and other relevant stakeholders, to coalesce and encourage their activities in support of the implementation of Sustainable Development Goal 14.

Mr. Thomson brings a distinguished experience in diplomatic services and is familiar with the work of the United Nations, including as Permanent Representative of Fiji to the UN and President of the 71st session of the UN General Assembly, during which he provided visionary leadership in guiding the preparation of the 2017 Ocean Conference.

Elected President of the Assembly of the International Seabed Authority's 2011-2012 session and President of the Council of the Authority's 2015-2016 session, Mr. Thomson chaired the Group of 77 and China (2013) and served as President of the Executive Board of UN Development Programme/UN Population Fund/UN Office for Programme Support (UNDP/UNFPA/UNOPS) from 2014 to 2015. As a civil servant in the Government of Fiji, he devoted many years of his life to working in the fields of rural development and then foreign affairs.

Statement from Friends of Ocean Action: 2022 can be the year the world halts the decline in ocean health

Seminar: The Future of Coral Reefs in a Warming World

The forthcoming Ocean Conference, co-hosted by the Governments of Kenya and Portugal, comes at a critical time as the world is strengthening its…

At The Ocean Conference, held in June 2017 at UN headquarters in New York to further implementation of Sustainable Development Goal 14 aimed at…