In 2016, the world economy expanded by just 2.2 per cent, the slowest rate of growth since the Great Recession of 2009. Underpinning the sluggish global economy are the feeble pace of global investment, dwindling world trade growth, flagging productivity growth and high levels of debt. Low commodity prices have exacerbated these factors in many commodi-ty-exporting countries since mid-2014, while conflict and geopolitical tensions continue to weigh on economic prospects in several regions.

World gross product is forecast to expand by 2.7 per cent in 2017 and 2.9 per cent in 2018, with this modest recovery more an indication of economic stabilization than a signal of a robust and sustained revival of global demand. The slight increase in gross domestic product (GDP) growth projected for developed economies in 2017 is largely driven by the end of the destocking cycle in the United States of America and additional policy support in Japan.

Economies in transition are expected to expand by 1.4 per cent in 2017, following two consecutive years of decline, as the region has largely absorbed the sharp terms-of-trade shock that several countries suffered in 2014-2015. Commodity exporters in developing countries are also expected to see some uptick in growth, as commodity prices stabilize and inflationary pressures driven by sharp exchange rate depreciations ease. East and South Asia will continue to grow more rapidly than other regions, benefiting from robust domestic demand and space for more accommodative macroeconomic policy. The outlook remains subject to significant uncertainties and downside risks. If these downside risks were to materialize, the moderate acceleration in growth currently projected would be derailed.

Given the close linkages between demand, investment, trade and productivity, the extended episode of weak global growth may prove self-perpetuating in the absence of con-certed policy efforts to revive investment and foster a recovery in productivity. This would impede progress towards the Sustainable Development Goals (SDGs), particularly the goals of eradicating extreme poverty and creating decent work for all.
View PDF: 25012017wesp_full_en.pdf 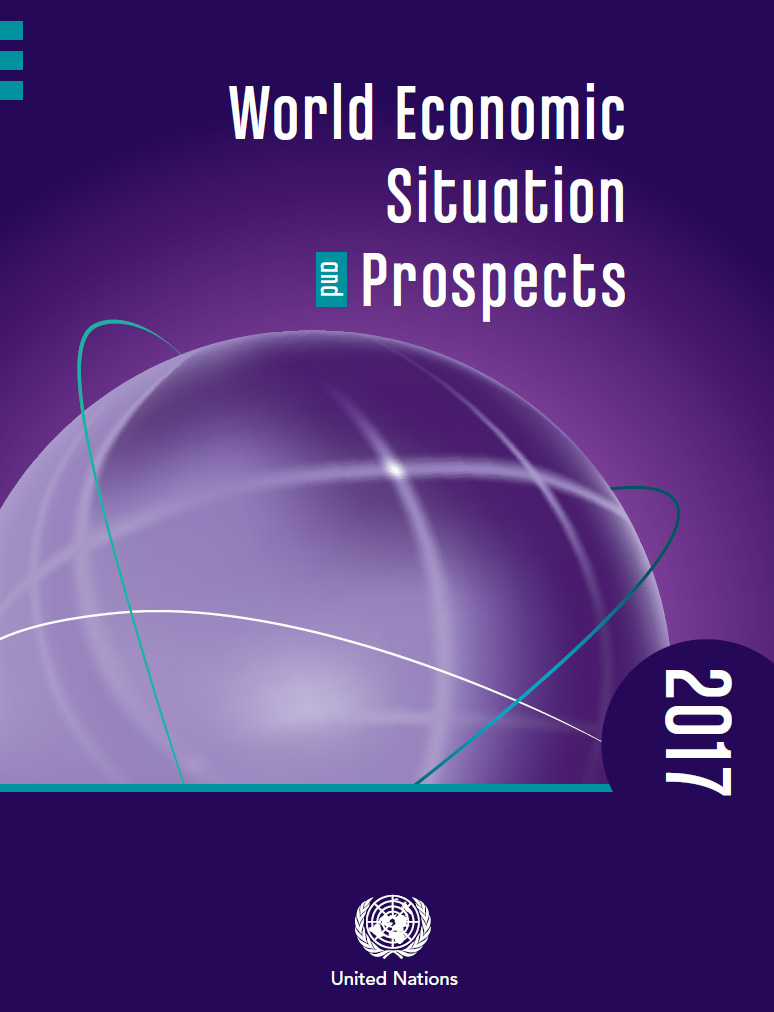