The protection of girls and boys from all forms of violence is a concern the international community cannot afford to omit from the post-2015 devel-opment agenda: this is a human rights impera-tive and it is also a question of good governance and sound economics. Despite important pro-gress made in the achievement of the Millennium Development Goals (MDGs) and the knowledge that the protection of children from violence and the promotion of their well-being is closely linked to the development and well-being of societies, violence remains a harsh reality for millions of children around the world. Moreover, the impact of violence on children’s health, education and socialisation remains largely invisible and unad-dressed. A major reason for this is the fact that no clear goal, targets or indicators were identified in the MDGs to mobilize action and to monitor pro-gress in children’s protection from violence.
View PDF: 2587Why_childrens_protection_post_2015_development.pdf 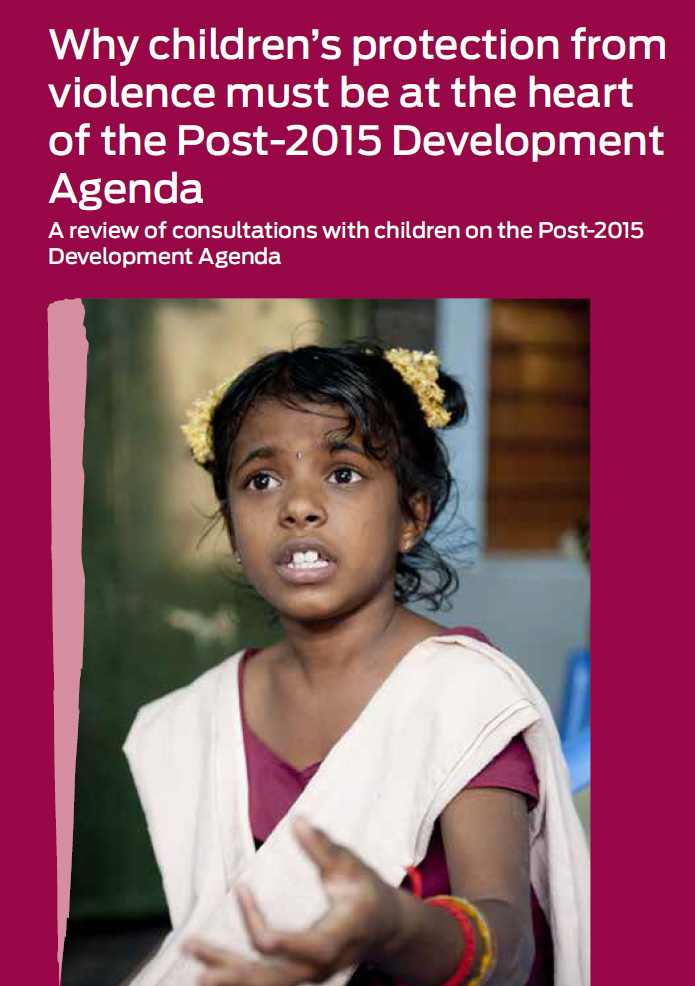