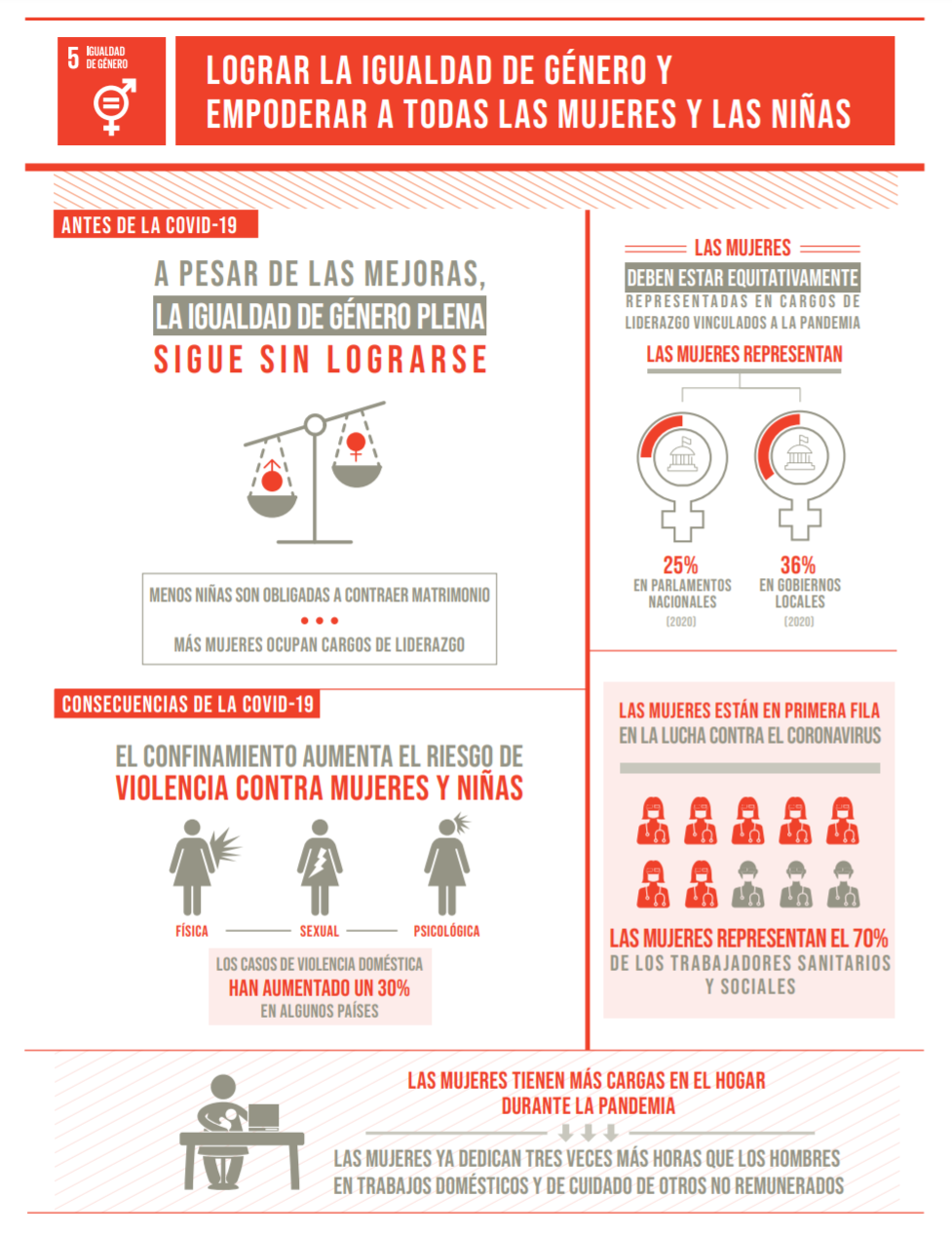 Eliminate all forms of violence against all women and girls in the public and private spheres, including trafficking and sexual and other types of exploitation &lt;br&gt;

Eliminate all harmful practices, such as child, early and forced marriage and female genital mutilation &lt;br&gt;

Ensure universal access to sexual and reproductive health and reproductive rights as agreed in accordance with the Programme of Action of the International Conference on Population and Development and the Beijing Platform for Action and the outcome documents of their review conferences &lt;br&gt;

Undertake reforms to give women equal rights to economic resources, as well as access to ownership and control over land and other forms of property, financial services, inheritance and natural resources, in accordance with national laws &lt;br&gt;

Enhance the use of enabling technology, in particular information and communications technology, to promote the empowerment of women &lt;br&gt;