Global economic growth has rebounded and is expected to remain stable but low
Global economic growth increased to 3.6 per cent in 2017, after hitting a six-year low of 3.2 per cent in 2016. The recovery was broad based, driven by expansions in developing, emerging and developed countries alike. Future growth is likely to stay below 4 per cent, as economic activity normalizes in most major economies without significant stimulus and fixed investment remains at a moderate level.

Vulnerable employment is on the rise
With these improvements in employment projected to be modest, the number of workers in vulner-able forms of employment (own-account workers and contributing family workers) is likely to increase in the years to come. Globally, the significant progress achieved in the past in reducing vulnerable employment has essentially stalled since 2012. In 2017, around 42 per cent of workers (or 1.4 billion) worldwide are estimated to be in vulnerable forms of employment, while this share is expected to remain particularly high in developing and emerging countries, at above 76 per cent and 46 per cent, respectively. Worryingly, the current projection suggests that the trend is set to reverse, with the number of people in vulnerable employment projected to increase by 17 million per year in 2018 and 2019.
View PDF: 2517wcms_615594.pdf 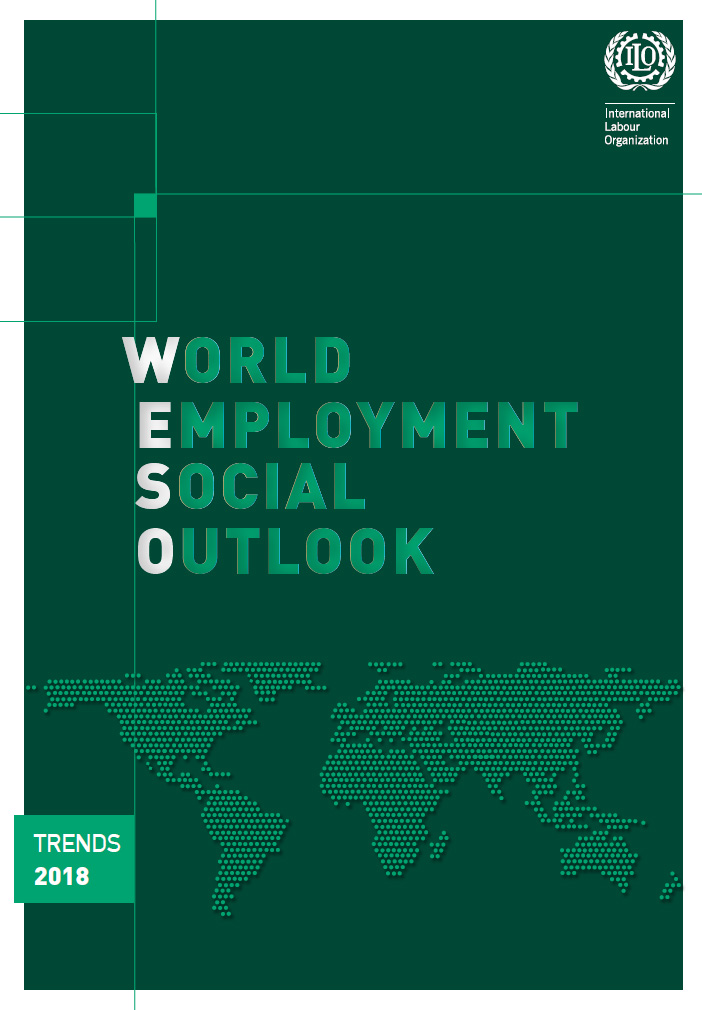