Publication Year: 2016 Publisher: Office of the SRSG on Violence against Children

with a special emphasis on Africa

Harmful practices may be traditional or emerg-ing, but generally have some cultural, social or religious underpinning. Common for most harm-ful practices is that they have devastating conse-quences on the child’s life, development, health, education and protection.

The UN Study on Violence against Children urged states to prohibit by law all forms of violence against children, including harmful practices. This recommendation is a key priority for the man-date of the Special representative of the Secre-tary General on Violence against Children as well as for Plan International. To advance progress in the implementation of this recommendation, they co-organized an expert consultation, in June 2012. This thematic report was informed by those im-portant discussions.
View PDF: 2608harmful_practices.pdf 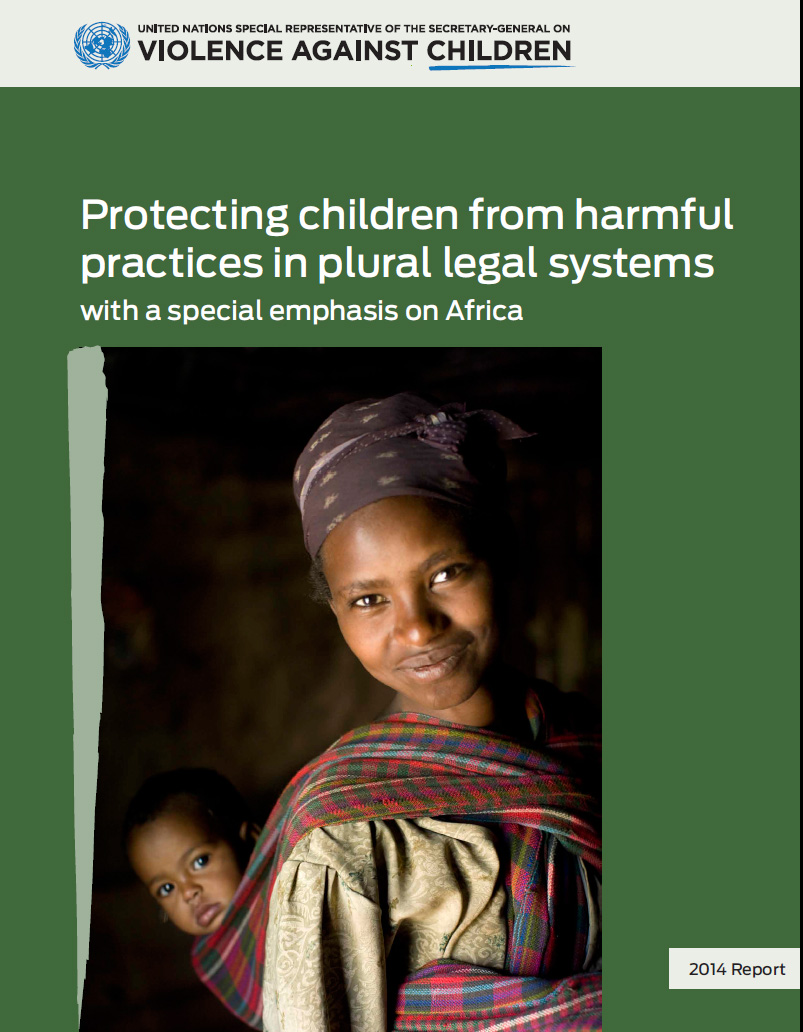