Implementing SDG 14 with the Communities of Ocean Action 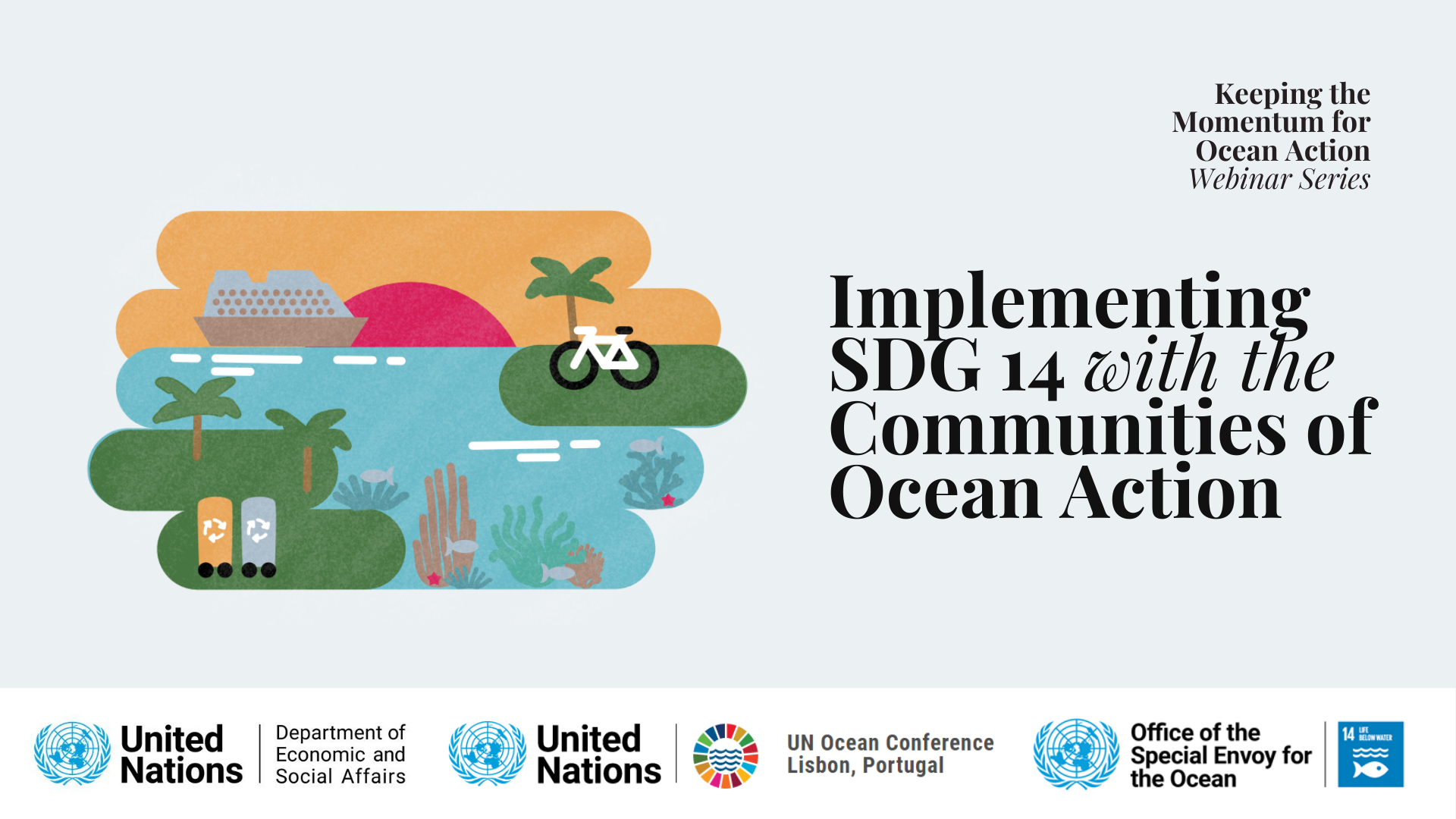 On 30 March 2021, UN DESA organized an online webinar to follow up on the over 1,600 voluntary commitments forged since 2017 in support of Ocean Action by governments and diverse stakeholders, and to understand the impact that the ongoing COVID-19 pandemic has had on their implementation.

The event presented an in-depth impact assessment of the SDG 14-related voluntary commitments and an update on the work of nine Communities of Ocean Action, with a Keynote Address delivered by Dr. Marjo Vierros, Director, Coastal Policy and Humanities Research and a Senior Associate at the Global Ocean Forum.

In his opening remarks, the Special Envoy for the Ocean, H.E. Ambassador Peter Thomson, stressed that climate negotiations and ocean action must go hand in hand and urged all actors together involved in this momentous collaboration. The Under-Secretary-General for Economic and Social Affairs Mr. Liu Zhenmin highlighted the need for a renewed, strengthened and inclusive multilateralism to ensure a sustainable recovery from the ongoing global pandemic, accentuating that the ocean holds the key to success in tackling climate change, as a sink to carbon dioxide and a home to many species.