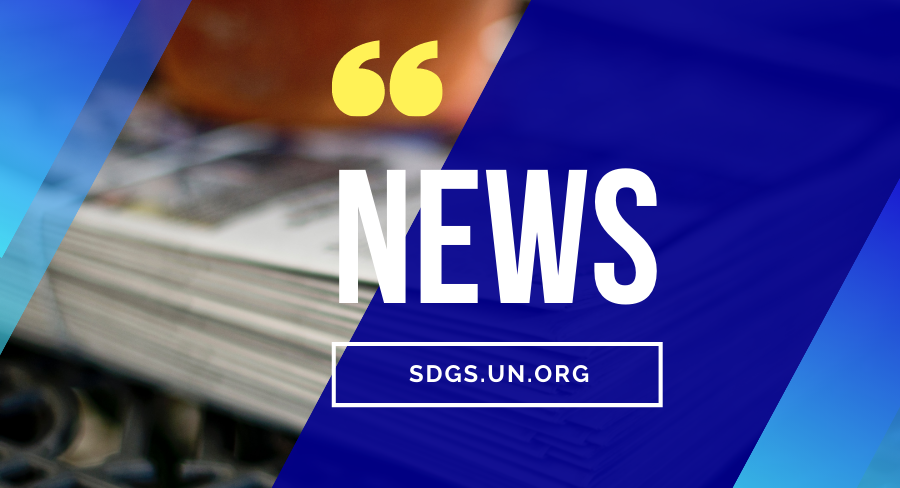 Greetings to you all as we together in cyberspace. All courtesies observed.

As you may know, my role as Special Envoy is to lead the charge around the world for the implementation of SDG14, the Ocean Goal to conserve and sustainably use the Ocean’s resources. We universally agreed to this Sustainable Development Goal at the United Nations back in the year 2015, and there is still much work to be done. To put it plainly, I repeat my daily mantra, “There cannot be a healthy planet without a healthy Ocean, and the Ocean’s health is currently in decline.” As such I’m very grateful to the European Investment Bank and the World Wide Fund for Nature for organising today’s event, so that we can discuss what’s required to reverse the cycle of decline in which the Ocean’s health has been caught.

Please allow me at the outset me to place our discussions today within the context of the times in which we live. In his State of the Planet address delivered at Colombia University in New York last December, the UN Secretary-General, Antonio Guterres, said humanity is waging a suicidal war upon Nature. He reported that one million species are at risk of extinction and

that ecosystems are disappearing before our eyes. He said the Ocean is being overfished, is increasingly choking with plastic waste and that due to anthropogenic GHG emissions, coral reefs are bleaching and dying.

We live at time when the World Meteorological Organisation has clearly stated that the planet is currently on track for warming of over 3 degrees Celsius by the end of the twenty-first century. Over 3 degrees and we will be in an economically ruinous state. Over 3 degrees by the end of this century is a timeframe within the lives of my granddaughters, so I for one, refuse that future. Before it is too late, and that hour is near, we must make peace with Nature. In short, Ladies and Gentlemen, this is the time to be amongst the peacemakers or suffer the bitter consequences.

We have in the shape of the Paris Climate Agreement and the UN’s 2030 Sustainable Development Agenda the blueprint for a secure and equitable future. The challenge is to implement the provisions of the blueprint and it is no secret that we have been lagging. In the words of Secretary-General Guterres, “We require rapid, ambitious, transformative action by all governments, business and civil society working towards a common goal.”

The transformative action to which all of us are called is that of moving to a net zero economy by 2050. Science has established that this is the destination we must reach, one in which we emit no more carbon dioxide than we remove from the atmosphere. Get to a net zero economy by 2050 and we will keep global warming well below that fateful level of 2 degrees Celsius.

When I look to the arduous voyage ahead, I take great hope from the EU Green Deal, from China’s commitment to a net zero economy by 2060, and the re-entry of the United States into the Paris Agreement. As you know, all eyes are currently on President Biden’s Climate Summit, April 22-23, and the G7 Summit in mid-June, with expectations of strong leadership in the ambition and funding of the required transformative action. But heightening of national and universal ambition as we approach the all-important UNFCCC COP in Glasgow is work for us all. So yes, it’s a case of all hands on deck.

The Ocean is the great regulator of Climate, through the hydrologic cycle, thermohaline circulation, the oceanic biological pump, and through the absorption of GHG-caused excess heat and CO2. But the constancy of these contributions and capacities have their limits and we ignore the decline of the Ocean’s health at our peril. The UNFCCC COP in Glasgow this year, must have Ocean-Climate issues as an integral part of negotiations and the time has come when Nature-based solutions, in particular those in harmony with the Sustainable Blue Economy, should receive their rational share of climate financing. Nature-based solutions, of which the Ocean is the biggest contributor, are comparatively low on the financing scale, and that has to change, and change fast.

And so, I choose these lines from the Sustainable Blue Economy Finance Principles, “We, the organisations that have agreed to adopt these principles, believe that delivering on them will contribute to the conservation and sustainable use of the Ocean and to de-risking investment in the blue economy.” I stand in solidarity with those who have chosen to adopt the Finance Principles and urge those who are still looking on from the dockside to get on board, and take this voyage to the rewarding destination for people and planet that is offered by the Sustainable Blue Economy with the Principles as our guiding star.