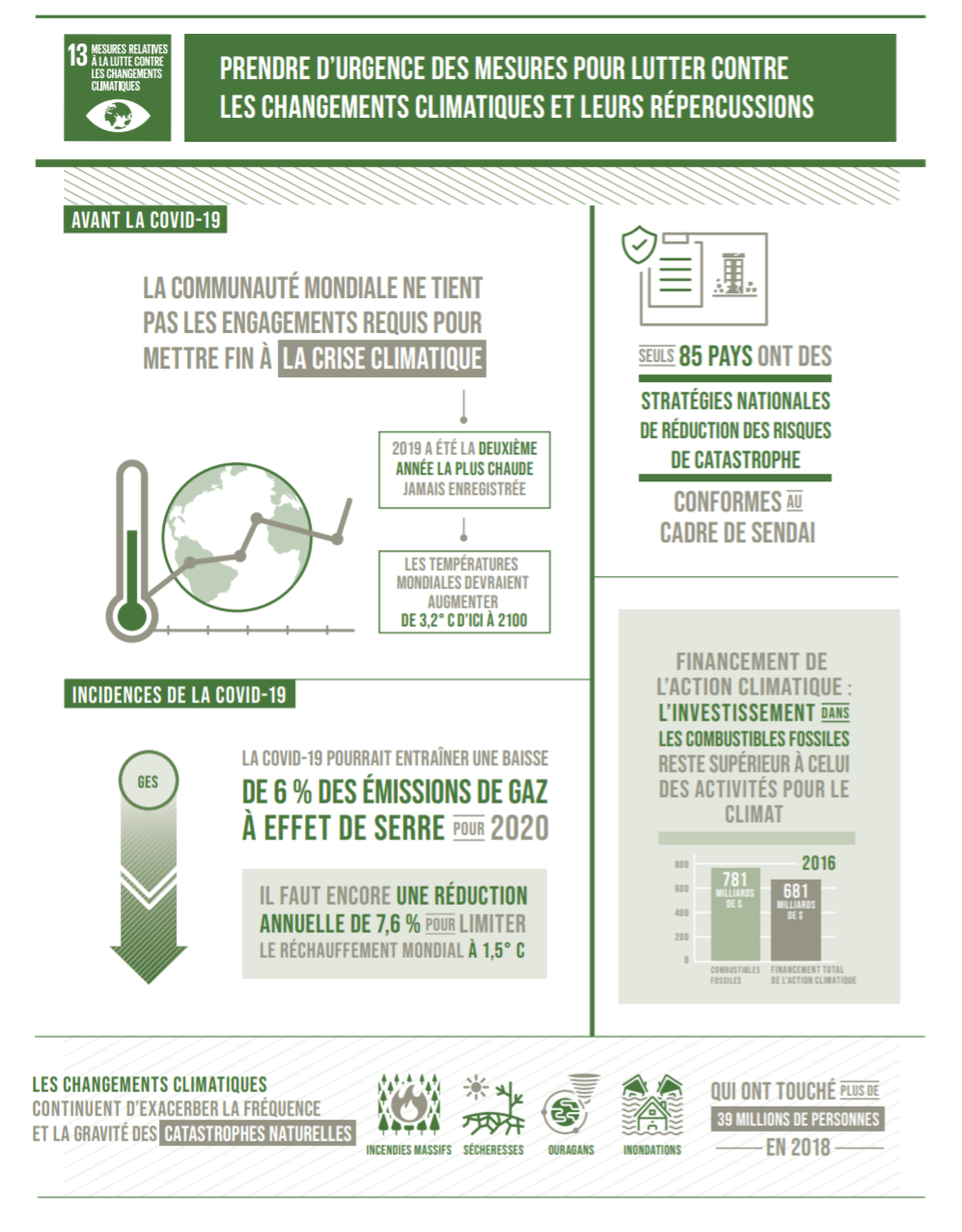 Number of countries that have communicated the establishment or operationalization of an integrated policy/strategy/plan which increases their ability to adapt to the adverse impacts of climate change, and foster climate resilience and low greenhouse gas emissions development in a manner that does not threaten food production (including a national adaptation plan, nationally determined contribution, national communication, biennial update report or other)

Number of countries that have integrated mitigation, adaptation, impact reduction and early warning into primary, secondary and tertiary curricula

Number of countries that have communicated the strengthening of institutional, systemic and individual capacity-building to implement adaptation, mitigation and technology transfer, and development actions

Promote mechanisms for raising capacity for effective climate change-related planning and management in least developed countries and small island developing States, including focusing on women, youth and local and marginalized communities * Acknowledging that the United Nations Framework Convention on Climate Change is the primary international, intergovernmental forum for negotiating the global response to climate change.

Number of least developed countries and small island developing States that are receiving specialized support, and amount of support, including finance, technology and capacity-building, for mechanisms for raising capacities for effective climate change-related planning and management, including focusing on women, youth and local and marginalized communities

Atmospheric concentrations of the major greenhouse gases continued to increase despite the temporary reduction in emissions in 2020 related to measures taken in response to the COVID-19 pandemic. The six years from 2015 to 2020 are likely to be the warmest on record. Climate change is making the achievement of many Goals less likely. To limit global warming to 1.5°C above pre-industrial levels in accordance with the Paris Agreement, the world would need to achieve net zero carbon dioxide emissions by around 2050.

According to scientists, global emissions should be cut to 45 per cent below 2010 levels by 2030 in order to limit global warming to 1.5°C above pre -industrial levels. Emissions from developed countries were approximately 6.2 per cent lower in 2019 than in 2010, while emissions from 70 developing countries rose by 14.4 per cent in 2014.

Total climate finance reported by States parties included in annex I to the Framework Convention on Climate Change continues to increase, reaching an annual average of $48.7 billion in the period 2017–2018. This represents an increase of 10 per cent compared to the 2015–2016 period. While more than half of all climatespecific financial support in the 2017 and 2018 was targeted at mitigation action, the share of adaptation support is growing, and many countries and territories are prioritizing adaptation in their financial support provision.

The year 2019 was the second warmest on record and the end of the warmest decade, 2010 to 2019. In addition, with a global average temperature of 1.1°C above estimated pre-industrial levels, the global community is far off track to meet either the 1.5 or 2°C targets called for in the Paris Agreement. Although greenhouse gas emissions are projected to drop by 6 per cent in 2020, and air quality has improved as a result of travel bans and the economic slowdown resulting from the pandemic, the improvement is only temporary. Governments and businesses should utilize the lessons learned to accelerate the transitions needed to achieve the Paris Agreement, redefine the relationship with the environment and make systemic shifts and transformational changes to lower greenhouse gas emissions and climate-resilient economies and societies.

A total of 85 countries have reported having a national disaster risk reduction strategy aligned with the Sendai Framework for Disaster Risk Reduction 2015–2030  to some extent since its adoption in 2015. In 2018, 55 countries reported that at least some of their local governments had a local disaster risk reduction strategy aimed at contributing to sustainable development and strengthening socioeconomic health and environmental resilience by focusing on poverty eradication, urban resilience and climate change adaptation.

In 2019, at least 120 of 153 developing countries had undertaken activities to formulate and implement national adaptation plans, an increase of 29 countries, compared with 2018. The plans will help countries achieve the global goal on adaptation under the Paris Agreement.

With regard to global climate finance, there was an increase of $584 billion, or 17 per cent, from 2013 to 2014 and of $681 billion from 2015 to 2016. High levels of new private investment in renewable energy account for the spurt in growth and represent the largest segment of the global total. While these financial flows are considerable, they are relatively small in relation to the scale of annual investment needed for a low-carbon, climate-resilient transition. Moreover, investments in climate activities tracked across sectors were still surpassed by those related to fossil fuels in the energy sector alone ($781 billion in 2016).

With rising greenhouse gas emissions, climate change is occurring at rates much faster than anticipated and its effects are clearly felt worldwide. While there are positive steps in terms of the climate finance flows and the development of nationally determined contributions, far more ambitious plans and accelerated action are needed on mitigation and adaptation. Access to finance and strengthened capacities need to be scaled up at a much faster rate, particularly for least developed countries and small island developing States.

The year 2017 was one of the three warmest on record and was 1.1 degrees Celsius above the pre-industrial period. An analysis by the World Meteorological Organization shows that the five-year average global temperature from 2013 to 2017 was also the highest on record. The world continues to experience rising sea levels, extreme weather conditions (the North Atlantic hurricane season was the costliest ever recorded) and increasing concentrations of greenhouse gases. This calls for urgent and accelerated action by countries as they implement their commitments to the Paris Agreement on Climate Change.

Planetary warming continued in 2016, setting a new record of about 1.1 degrees Centigrade above the preindustrial period, according to the World Meteorological Organization (WMO) Statement on the State of the Global Climate in 2016. Drought conditions predominated across much of the globe, aggravated by the El Niño phenomenon In the Statement, WMO also noted that the extent of global sea ice fell to a minimum of 4.14 million km2 in 2016, the second lowest extent on record. Atmospheric carbon dioxide levels also reached a record high of 400 parts per million that year. Mitigating climate change and its impacts will require building on the momentum achieved by the Paris Agreement on Climate Change, which entered into force on 4 November 2016. Stronger efforts are needed to build resilience and limit climate-related hazards and natural disasters.