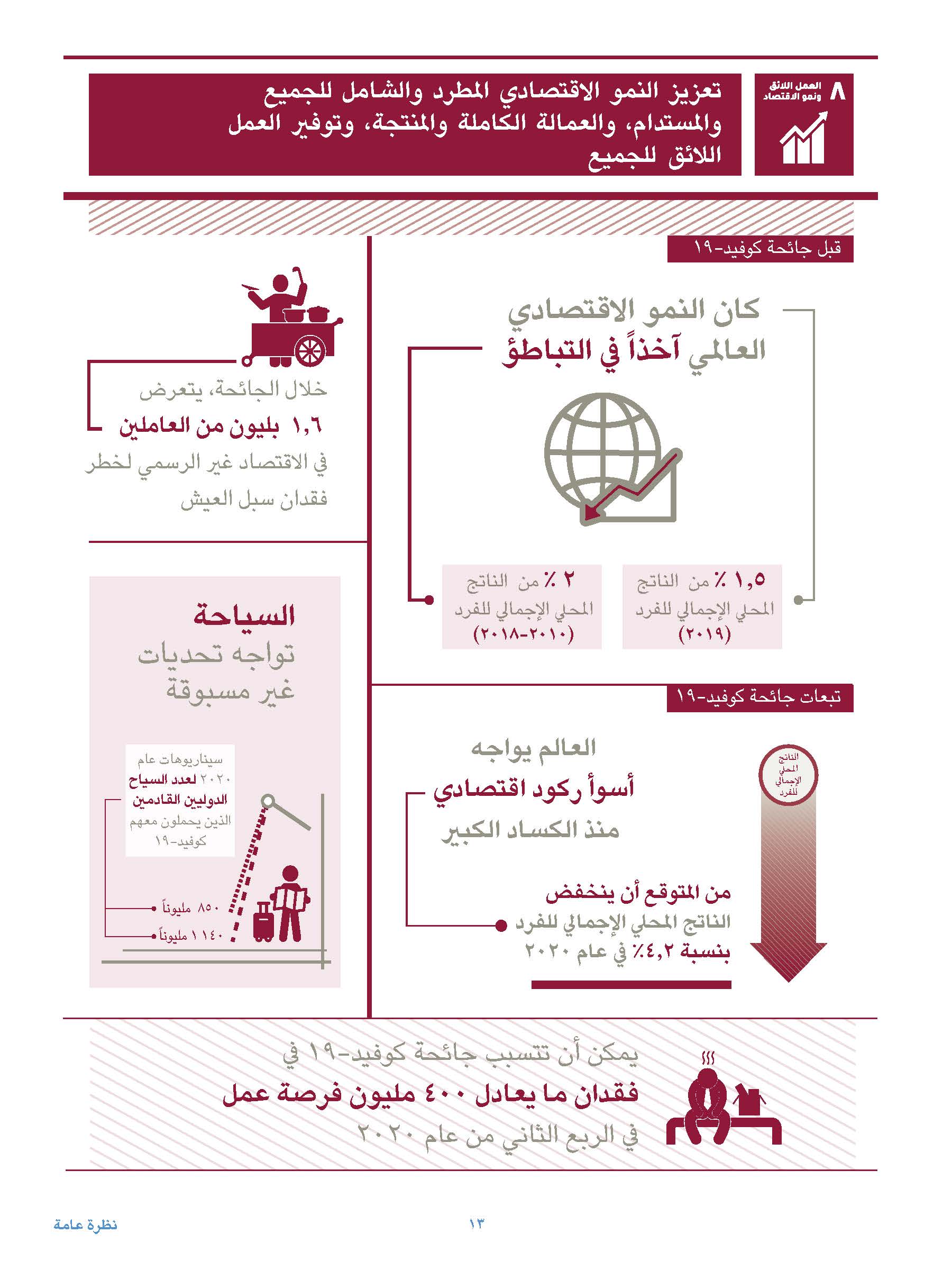 Sustain per capita economic growth in accordance with national circumstances and, in particular, at least 7 per cent gross domestic product growth per annum in the least developed countries &lt;br&gt;

By 2030, achieve full and productive employment and decent work for all women and men, including for young people and persons with disabilities, and equal pay for work of equal value &lt;br&gt;

By 2020, substantially reduce the proportion of youth not in employment, education or training &lt;br&gt;

Protect labour rights and promote safe and secure working environments for all workers, including migrant workers, in particular women migrants, and those in precarious employment &lt;br&gt;

Frequency rates of fatal and non-fatal occupational injuries, by sex and migrant status

Increase in national compliance of labour rights (freedom of association and collective bargaining) based on International Labour Organization (ILO) textual sources and national legislation, by sex and migrant status

By 2030, devise and implement policies to promote sustainable tourism that creates jobs and promotes local culture and products &lt;br&gt;

Number of jobs in tourism industries as a proportion of total jobs and growth rate of jobs, by sex

Strengthen the capacity of domestic financial institutions to encourage and expand access to banking, insurance and financial services for all &lt;br&gt;