Partnership in Action on Science, Technology and Innovation for SDGs Roadmaps - draft for consultation 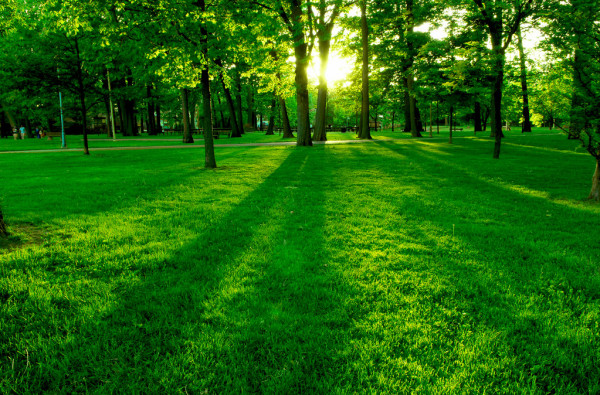 1. The 2030 Agenda for Sustainable Development, unanimously adopted by all member states, established a Technology Facilitation Mechanism to support the application of science, technology and innovation - or STI – for the SDGs. Goal 17 (17.6) aims to “enhance North-South, South-South and triangular regional and international cooperation on and access to science, technology and innovation and enhance knowledge sharing on mutually agreed terms, including through improved coordination among existing mechanisms, in particular at the United Nations level, and through a global technology facilitation mechanism.” STI roadmaps and action plans that help to realize the SDGs are part of this effort and have been the central topics addressed in the first four annual Multi-stakeholder Forum on STI for the SDGs.

2. The UN Inter-agency Task Team (IATT) established a sub-working group for taking forward the work on STI Roadmaps as policy and planning tools leading to action on STI in support of SDGs. It has developed a joint guidebook and had several expert consultations (New York, Tokyo, Brussels, and Nairobi) to prepare the guidebook and organize support to a selected set of countries to develop national STI for SDGs Roadmaps. In parallel, the UN-IATT is working towards strengthening countries' capacities in using STI for the SDGs through joint UN courses delivered in different regions of the World.

3. The initiative to develop national STI for SDGs roadmaps is being carried out by UN-IATT members including the World Bank, UN-DESA, UNCTAD, UNESCO, UNIDO, UN-ESCAP, ESCWA, WIPO and FAO, among others. It is co-led by UN DESA, World Bank, UNESCO and UNCTAD. Substantial support has been provided by international stakeholders, including the European Commission's Joint Research Centre, the Global Sustainable Technology and Innovation Conference Series, the Organization for Economic Co-operation and Development and the Government of Japan. The African Union Commission has expressed support for the implementation of roadmaps in African countries.

4. IATT launched in July 2019 the first phase of the Global Pilot Programme on Science, Technology and Innovation for SDGs Roadmaps with an initial group of five pilot countries during the UN High Level Political Forum. Under this first phase, roadmaps have just started to pilot in Ethiopia, Ghana, India, Kenya and Serbia. In addition, the European Commission and Japan have joined the Global Pilot Programme to strengthen international partnerships on STI for SDGs roadmaps.

5. A seed fund has been established through the Government of Japan and the World Bank for the preparatory stage of this work. It has served a starting point for initiating the work, demonstrating preliminary results and reaching out to potential donors for further cooperation. The EC/JRC has provided substantive support together with other international partners.

PART 2: PROPOSAL TO ESTABLISH A NEW PARTNERSHIP ON STI FOR SDGS ROADMAPS

6. A Partnership in Action on STI for SDGs Roadmaps is proposed to be established to demonstrate the global leadership in advocacy and action required to create the political momentum, adopt and further refine the joint guidebook, drive practical solutions, and mobilize public support and multi-stakeholder engagements on STI for SDGs roadmaps. Focus will be on translating the political ambitions into needed policy and practice change, and addressing the immediate global challenges such as COVID-19.

7. The Partnership in Action is a multi-stakeholder, informal technical group to support the STI Roadmap work in the context of the Technology Facilitation Mechanism.

8. The Partnership in Action on STI for SDG Roadmaps, aligning its work with the Technology Facilitation Mechanism, will incubate and scale-up international cooperation on STI for SDGs, building initially on the stakeholders’ voluntary initiatives, along the three pillars as illustrated in the joint guidebook:

I. Building up national STI capabilities to address COVID-19 recovery and the SDGs.

II. Boosting international knowledge and technology flows for the SDGs

- support the development and use of the online technology platform under the Technology Facilitation Mechanism;

- promote international linkages among innovation ecosystems, including researchers, industries, start-ups and civil society, to promote diverse forms of innovation, including pro-poor, inclusive, frugal and grass-roots and social innovation, to support design of implementation of national STI for SDGs Roadmaps;

- expand the Global Pilot Programme on Science, Technology and Innovation for the SDGs Roadmaps for developing and implementing roadmaps, with broader country participation and strengthened modalities of knowledge exchanges and peer-learning on relevant policy design, implementation and evaluation, as part of the Technology Facilitation Mechanism (TFM)’s deliverables;

- explore synergies and promote system-wide leverage to support international partnerships and multi-stakeholder initiatives for the design and implementation of roadmaps, including with UN SG’s Roadmap for Digital Cooperation as well as other ad hoc initiatives for global challenges and crisis.

9. The Partnership in Action aims at significantly strengthening political commitments and accelerating action on the ground, working closely with and complementing on-going efforts by all stakeholders, which will expand the network of partners and users for the online technology platform for the SDGs.

10. The Partnership in Action is convened by DESA as Secretariat, and supported by the World Bank, UNESCO, UNCTAD, UNIDO, the European Commission, FAO, and the Government of Japan, in collaboration with relevant governments and stakeholders.

11. A UN trust fund with voluntary contributions will be supporting the Partnership. To operationalize this, donors may contribute to the existing UN Sustainable Development Trust Fund[1]  with annotation on this specific purpose (e.g. the contribution will only be used for the Partnership in Action on STI for the SDG roadmaps) and/or relevant trust funds at other agencies if donors wish so.

11. The Partnership in Action will be primarily comprised of high-level officials from governments, research organizations and private sector who are interested in STI roadmaps. It will also include leaders and technical experts from UN/international organizations and multi-stakeholders, including representatives from the engineering communities. Co-Chairs with leadership experience would be appointed, considering geographical, sectoral and gender balance.

12. The announcement on the Partnership in Action on STI for SDGs Roadmaps will be made during a high-level UN event, with an invitation to other leaders from the public and private sectors to join. Its first meeting may be convened toward early next year, potentially in 2021 subject to the availability of resources for this matter.

13. All partners are encouraged to share their perspectives of potential contributions through the Call for Voluntary Commitment, available at here.

Note: prepared by the IATT Secretariat in close consultation with the TFM stakeholders.