The 2016 meeting of the High-Level Political Forum (HLPF) took place from 11 to 20 July 2016 at the United Nations Headquarters in New York. Twenty-two countries presented voluntary national reviews (VNRs) of the implementation of the 2030 Agenda, and particularly the sustainable development goals (SDGs), over a day and a half during the Ministerial Segment of the HLPF under the auspices of the Economic and Social Council (ECOSOC). This report synthesizes some of the findings of the VNRs, drawing primarily from the written reports and executive summaries of the majority of countries. It uses a theme based analysis drawn largely from the voluntary common guidelines contained in the Annex to the Secretary-General’s report on critical milestones towards coherent, efficient and inclusive follow-up and review at the global level. The report examines reporting countries’ efforts to implement the 2030 Agenda, including challenges, gaps, achievements and lessons learned.
View PDF: 23862016_VNR_Synthesis_Report.pdf 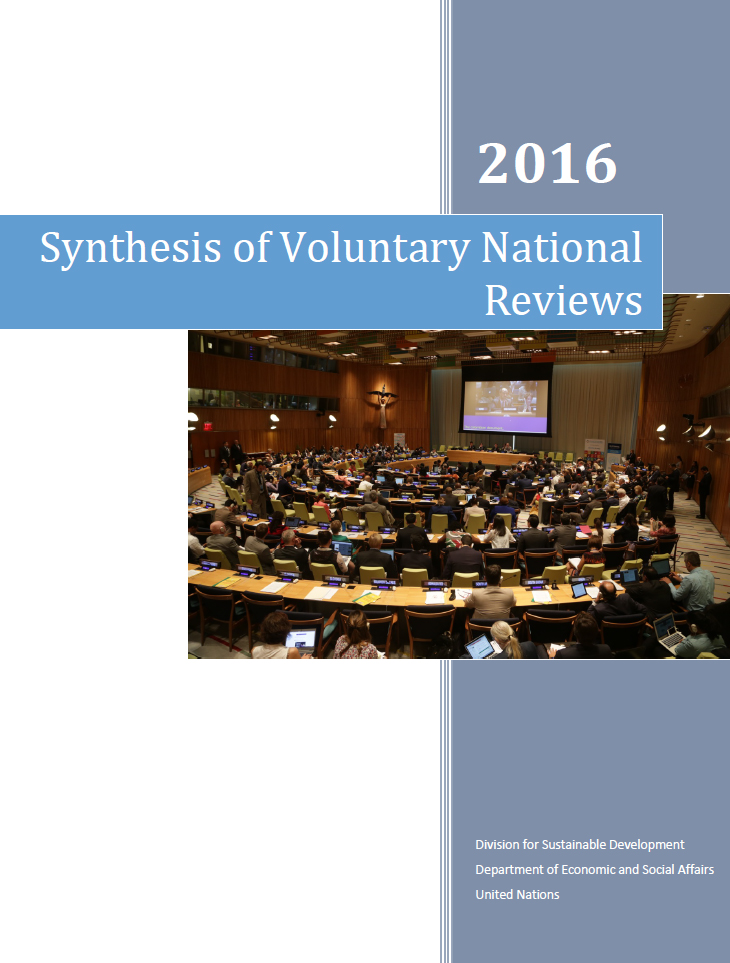