Année de publication: 2016 Éditeur: Office of the SRSG on Violence against Children

Counselling, complaint and reporting mechanisms constitute critical remedies to address breaches of children’s rights, including violence in all its forms. Their development is anchored in international hu-man rights standards and, in view of their urgency, the Brazil Congress against the Sexual Exploita-tion of Children and Adolescents called on their establishment in all countries by 2013.

The need for safe, well-publicized, confidential and accessible mechanisms for children to report incidents of violence was also a serious area of concern addressed by the UN Study on Violence against Children. The Study recommended their establishment, including through telephone hel-plines which children can access to report abuse, speak to a trained counsellor in confidence, and ask for support and advice.

The Study underscored the need to make all chil-dren, including those in care and justice institutions, aware of the existence of complaint mechanisms and recommended that in every locality and every setting there should be well-publicized and easily accessible services to investigate reports of vio-lence against children.
View PDF: 2602safe_counseling_report.pdf 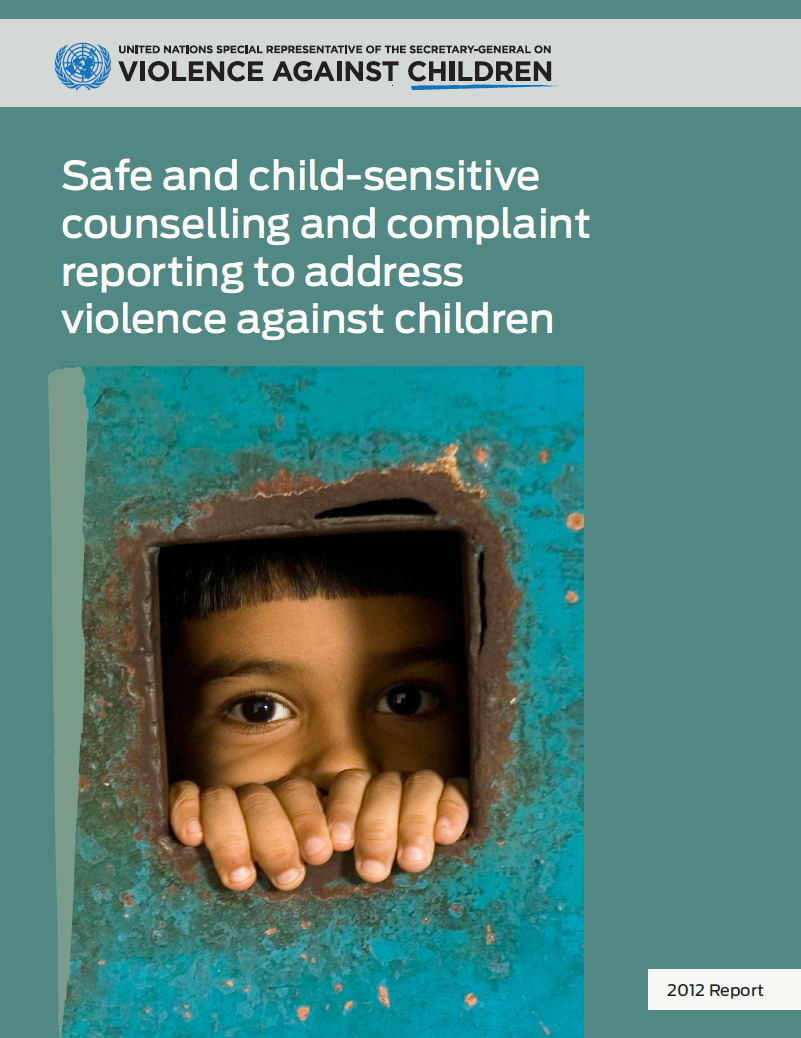