Ensure access to affordable, reliable, sustainable and modern energy for all 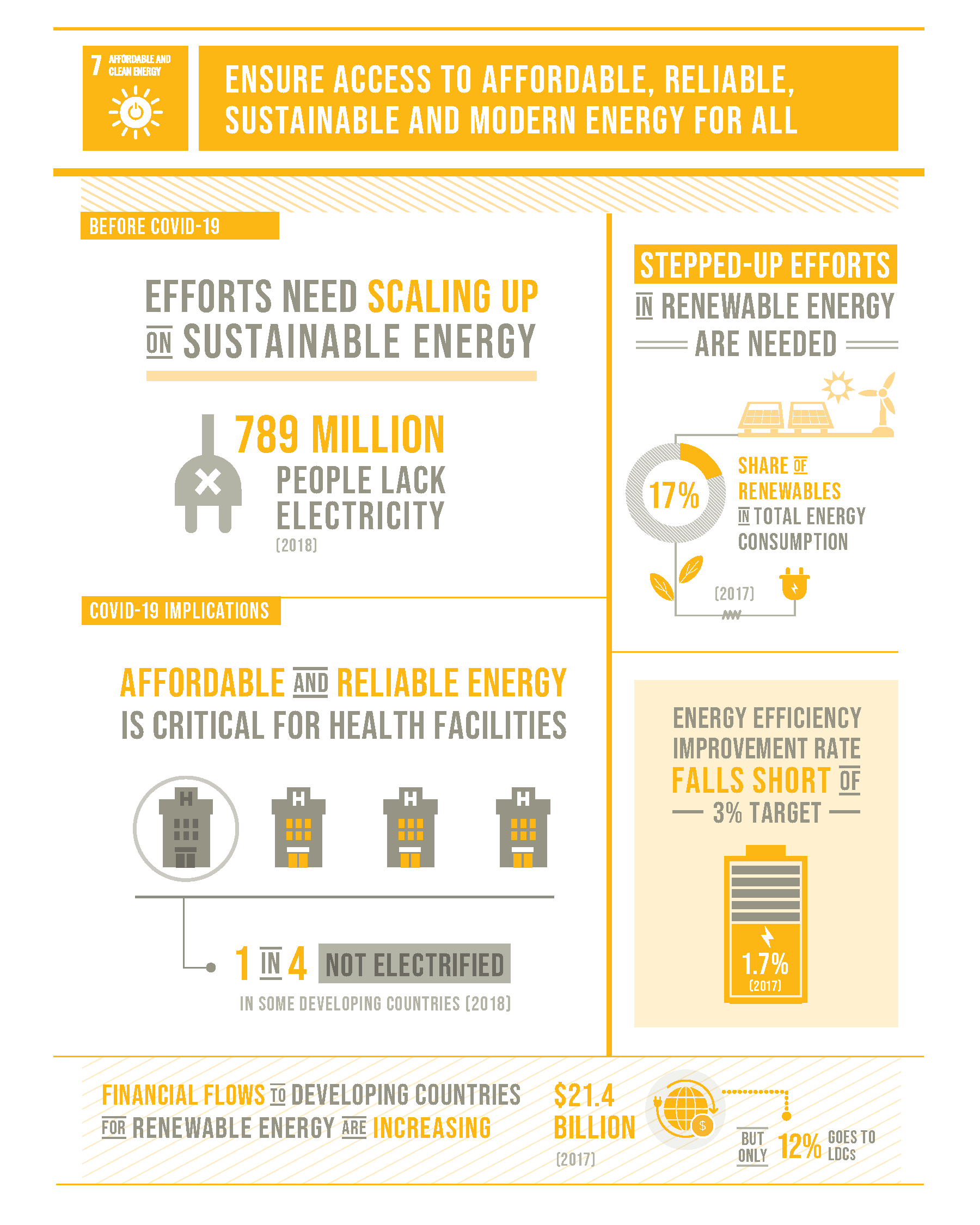 By 2030, increase substantially the share of renewable energy in the global energy mix &lt;br&gt;

By 2030, double the global rate of improvement in energy efficiency &lt;br&gt;